This is a new minor release of laigter, but it comes to two big improvements to two features that have been present since a lot ago. But first, let me remind you that if you really like laigter, you can support me in one of these ways:

Maintaining a free and open-source tool is hard work, and any help is really appreciated! 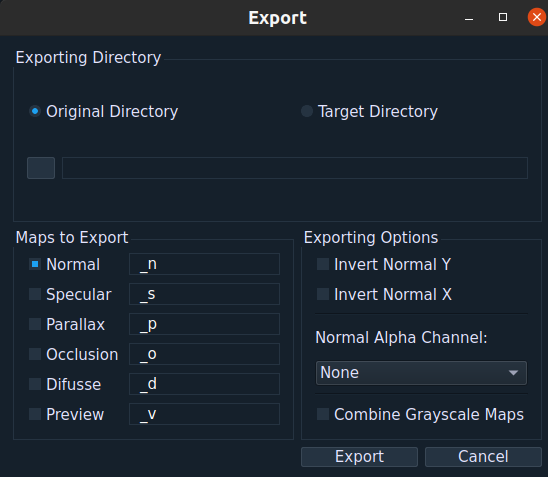 You can also embed one of the grayscale maps (Specular, Parallax, or Occlusion) in the alpha channel of the normal map. I've seen this is useful when writing your own shaders, to have all the info in a single texture. You can also export those three maps as a single RGB texture with "Combine Grayscale Maps". And finally, in addition, you can replace the postfix of the generated maps in the line edits by the checkbox of each of them.